QSFP28-100G-CWDM4 transceiver module designed for optical communication applications compliant with the QSFP MSA,CWDM4 MSA and portions of IEEE P802.3bm standard. The module converts 4 input channels of 25Gb/s electrical data to 4 channels of CWDM optical signals and then multiplexes them into a single channel for 100Gb/s optical transmission. Reversely on the receiver side, the module de-multiplexes a 100Gb/s optical input into 4 channels of CWDM optical signals and then converts them to 4 output channels of electrical data.

The central wavelengths of the 4 CWDM channels are 1271, 1291, 1311 and 1331 nm as members of the CWDM wavelength grid defined in CWDM4 MSA. The high performance Uncooled CWDM DFB transmitters and high sensitivity PIN receivers provide superior performance for 100Gigabit E thernet applications up to 2km links.

The product is designed with form factor, optical/electrical connection and digital diagnostic interface according to the QSFP+ Multi-Source Agreement (MSA). It has been designed to meet the harshest external operating conditions including temperature, humidity and EMI interference. 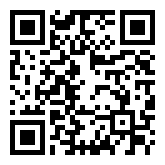